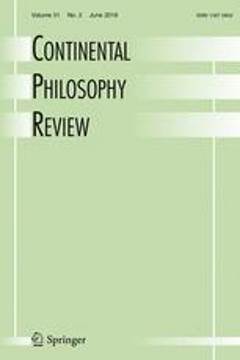 Personal identity and the otherness of one's own body

Locke claims that a person's identity over time consists in the unity of consciousness, not in the sameness of the body. Similarly, the phenomenological approach refuses to see the criteria of identity as residing in some externally observable bodily features. Nevertheless, it does not accept the idea that personal identity has to consist either in consciousness or in the body. We are self-aware as bodily beings. After providing a brief reassessment of Locke and the post-Lockean discussion, the article draws on phenomenological arguments that show the body as lived, that is, lived as one's own body, but also possibly as "other" or 'strange." Against what has been claimed in recent writing, especially in literature on Merleau-Ponty, the author argues that the "mineness' of the body and its "alterity" are not two mutually exclusive features. In the final part of the article, the author suggests that the becoming strange of one's own body may legitimately be considered as a prominent experience of what it means to be a person.